It it important to know who we are reaching with our events. Funders are keen to know and we want to know that we aren’t just reaching the usual suspects. We’ve recently done some geographic analysis, which we’ll share soon.

But general location is only part of the story.

Nice schools in nice areas tend to do plenty of science engagement and send lots of students to university. Therefore it is important to see if we are reaching those schools who don’t normally participate; those hard to reach schools.

But how do you measure that?

Does the deprivation of the area in which the school is located provide a good proxy? Some studies would suggest so: “The Characteristics of Low Attaining Pupils” DfES Statistics Bulleting 02/2005 June 2005

We plotted the IDACI Score of the schools who participated in IAS and compared the profile (based on deciles) against that for all schools. You can match postcodes to IDACI thanks to a nifty tool from the Department for Education 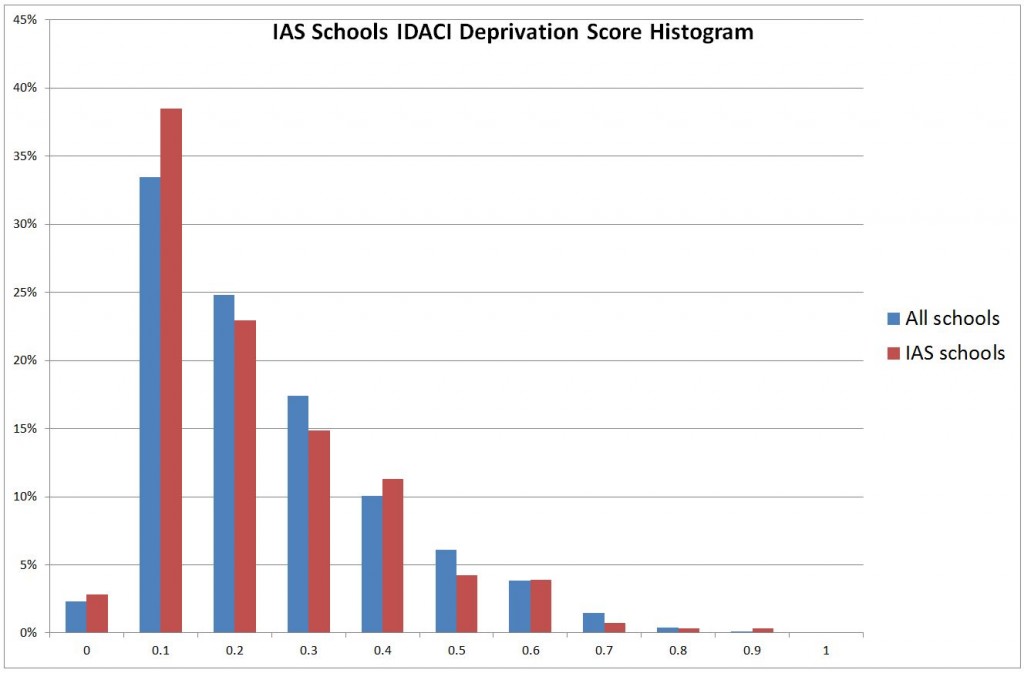 The problem is that most schools are in an area with a score of between 0.1 and 0.3. It isn’t granular enough to see much difference. BTW the lower the score the less deprived the area. I suspect this is because most areas also fall into that range.

So we then looked at the ranking. IDACI area is ranked between 1 (most deprived) and c. 33,000 (least deprived). We then grouped into groups of 3,000 and plotted a histogram. This time the All Schools distribution is much more even allowing us to spot differences between IAS and the national distribution. 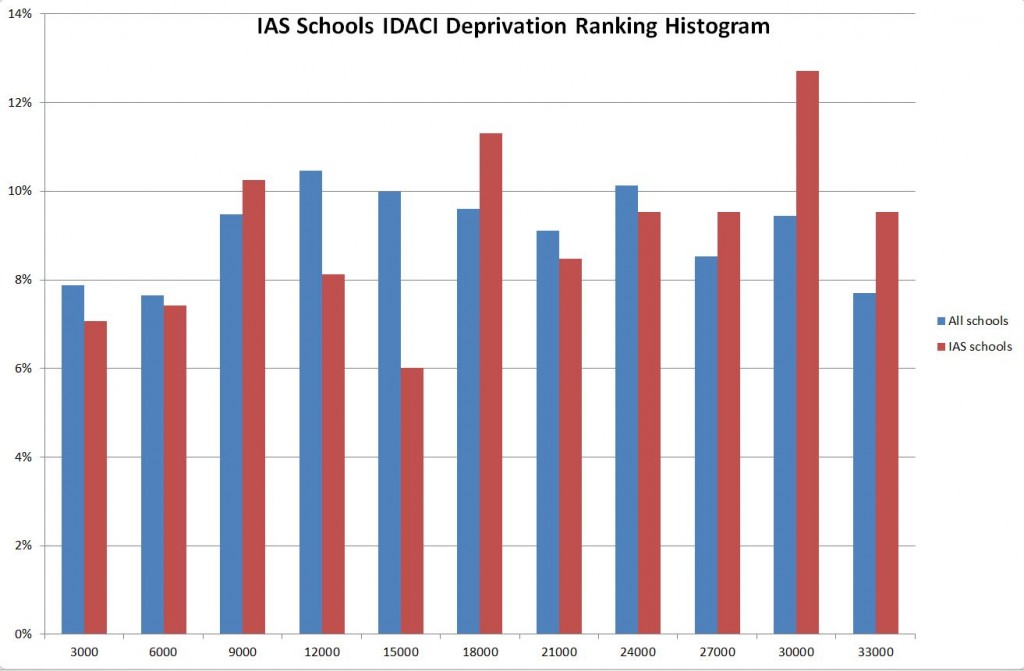 I really want to know how our profile compares to other science engagement projects. Are we all hitting the same schools? Are there differences that we can build upon to ensure the widest reach?

Please use the comments to give us any feedback or suggestions of where to go with this.

Posted on November 23, 2012 by in Evaluation. Comments Off on IDACI Index Profile