What James Vokes did with his prize money…

James won the I’m an Engineer Transport Zone in March 2012. Here’s how he spent his prize money…

Despite destroying the first prize cheque I was given (by “testing” whether a cheque can survive a full washing machine cycle). I was extremely happy to win. 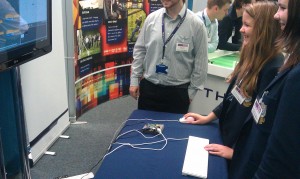 The Pi proved to be very popular with pupils coming over and asking questions.

My goal with the prize money was to try introduce and enthuse more people to Software Engineering. Fortunately at the same time a British charity Raspberry Pi Foundation was planning to release a new ultra cheap computer with their goal that it be used to “promote the study of computer science and related topics, especially at school level, and to put the fun back into learning computing”. 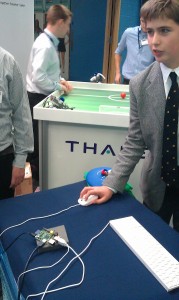 The most recent technology fair I attended I was able to take the Pi and include it as part of the stand. The Pi proved to be very popular with pupils coming over and asking questions. The pupils were fascinated by the idea that they could create programs that other people could use or programs that solve problems or fill niches that they’ve experienced.

I still have some of my money remaining and in the future I’m hoping to buy some hardware that I can attach to the Raspberry Pi’s so any programming done on it can effect change that can be seen immediately.

Posted on November 28, 2012 by in Winner Reports. Comments Off on What James Vokes did with his prize money…