3 words to describe a scientist

We’re always evaluating the online STEM enrichment activity, I’m a Scientist, to explore its impact and how it can be improved. Check out latest evaluation posts. 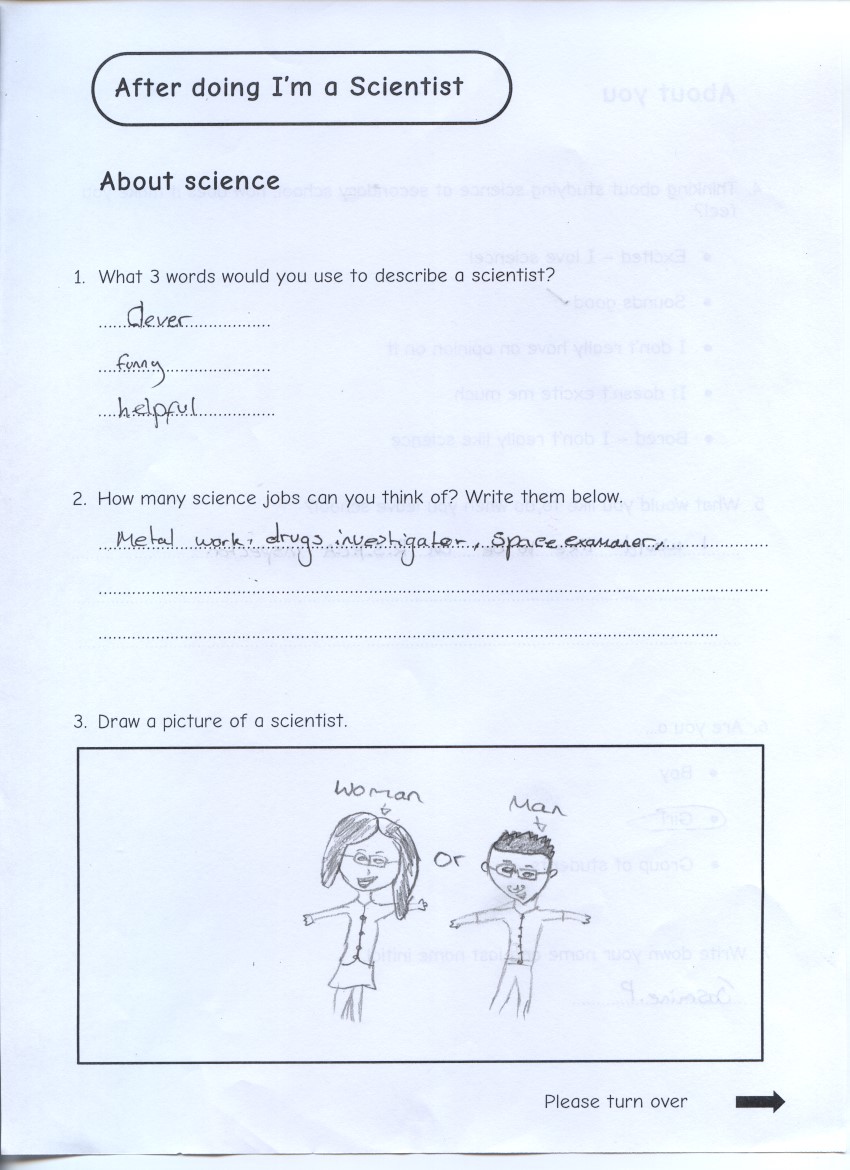 In March 2014 we started running zones for primary students only, increasing the number of primary school students who take part in I’m a Scientist. We wanted to know more about how the activity affects them.

This time, we drifted away from our usual online environment and sent printed surveys to teachers taking part in the Colour Zone and the Thulium Zone, the two primary only zones we ran in June 2015.

We also wanted to check if the response rate to printed surveys was higher than the response rate to digital ones, and it is. We got pre and post event results from roughly 40% of the students who took part in the two primary zones. Usually around 10% of students who take part in the events fill in both the pre and post event digital surveys. Analysis and interpretation of online surveys is quicker and more efficient that printed ones, but getting teachers involved in the evaluation process definitely made a difference.

We asked students which 3 words they would use to describe a scientist, before and after taking part. We got responses from over 300 students from 9 different schools.

We grouped words in synonym clusters, and we represented the relative pre to post-event difference on word use by gender: 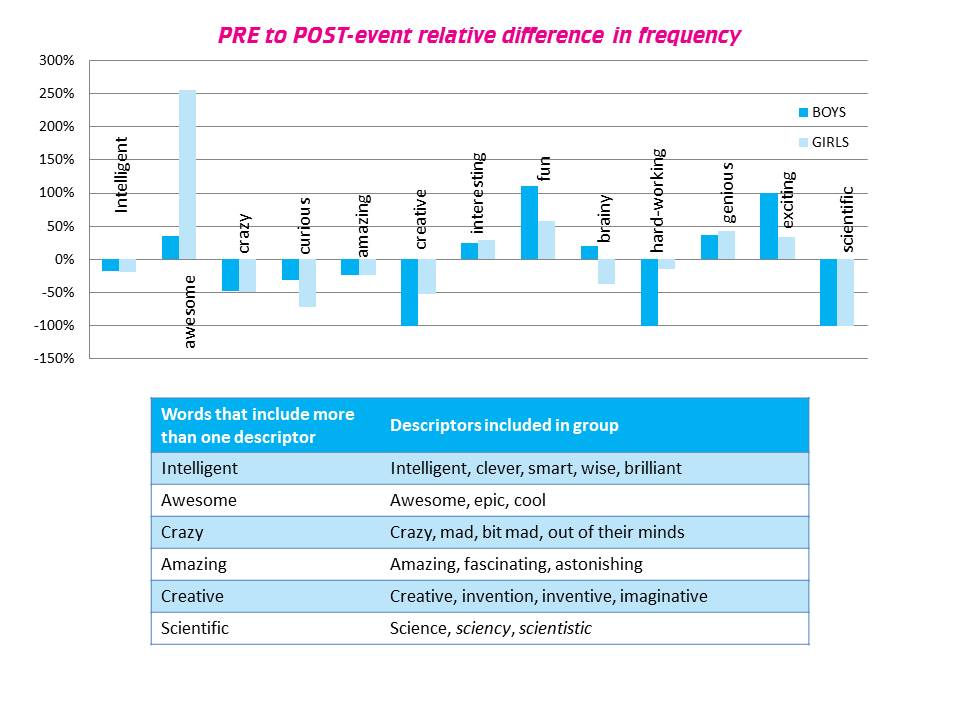 Only words that were used at least 10 times are represented.

From the graph you can see that girls and boys equally use less negative stereotype words like ‘crazy’ after taking part.  Emotional descriptors – like ‘fun’ or ‘exciting’ – are mentioned more frequently after the event. You can also see that boys are more likely to use the word ‘fun’ after the event than girls. However, girls were more likely to use the word ‘awesome’ after taking part.

What do you think? Is there anything that particularly calls your attention? We asked a primary schools teacher and she told us:

I’m not surprised by the ‘awesome’ leap – I don’t think children really understand what is involved in the daily work of scientists until they interact on I’m a Scientist. My own students have been blown away by talk of live sheep spines, looking at volcanoes in space, etc.” – Tracy Tyrrell

If you are a primary school teacher and you want to evaluate your students’ attitudes to science before and after doing I’m a Scientist, you can download PDF version of them here:

If you are an academic (or, really anyone!) and you are keen to see and analyse the raw data of these printed surveys, please let us know in the comments and we’ll share them with you.

Special thanks to Dr Jessica Hamer, for her advice on the the printed surveys design.

Posted on November 2, 2015 by modangela in Evaluation. Comments Off on 3 words to describe a scientist