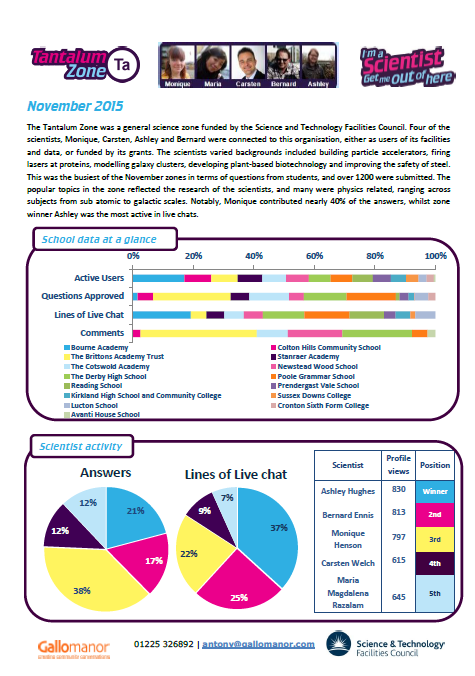 The Tantalum Zone was a general science zone funded by the Science and Technology Facilities Council. Four of the scientists, Monique, Carsten, Ashley and Bernard were connected to this organisation, either as users of its facilities and data, or funded by its grants. The scientists varied backgrounds included building particle accelerators, firing lasers at proteins, modelling galaxy clusters, developing plant-based biotechnology and improving the safety of steel.

This was the busiest of the November zones in terms of questions from students, and over 1200 were submitted. The popular topics in the zone reflected the research of the scientists, and many were physics related, ranging across subjects from sub atomic to galactic scales. Notably, Monique contributed nearly 40% of the answers, whilst zone winner Ashley was the most active in live chats.