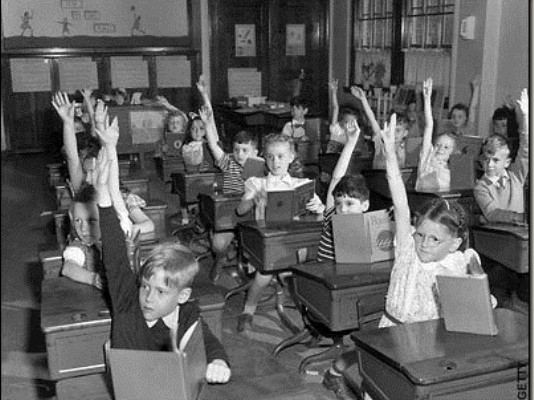 Hands up those who want to take part in I’m a Scientist.

Being popular is a nice problem to have.

We’re running a total of 10 zones in November in the UK. It’s the most we’ve done at this time of year. But it is not enough.

As the new school year started we asked our list of over 2,000 teachers how many classes they would like for our November events. 202 teachers requested a total of 537 classes. The problem is we only have space for 250 classes. Up to 8,500 students will be missing out on science engagement this November.

We spent an uncomfortable afternoon last week working out how to allocate the spaces we had. Should we prioritise teachers who been regular supporters and taken part in lean times? Or new schools so that more teachers get a chance to experience our little bundle of joy? Or rural schools? Or schools in deprived areas?

In the end we capped the number of classes at 2 per school. Despite loving the energy that comes from entire year groups participating it would mean excluding too many schools if we didn’t. We also left off schools that previously had spaces but failed to take them. We did prioritise rural schools and schools from deprived areas. And sadly restricted and left off those schools where through location and parental connections they have more opportunities to connect with scientists and engineers. That meant many fee-paying schools who’ve previously taken part have been left without places this November.

It’s not the end of the world, but it’s not nice. We are in the envious position of being relatively well-funded, and very over-subscribed with schools and scientists wanting to take part. I do want to avoid the situation in March. We’ll be reaching out to potential funders to fund more zones: companies, research councils, universities.

Apologies to those students and schools who’ve missed out this time. With a bit of good fortune we’ll have more space in March.

Posted on October 2, 2015 by ModShane in Capacity, Event News, News. Comments Off on Too many teachers