What Matt Bilton did with his prize money

Matt was voted the winner of the Antibiotics Zone in November 2014. Here he writes about using his £500 prize money to engage people with some important science research in a tasty and pun-filled way!

The £500 went on cupcakes (312) handpiped and made to order from a local bakery + delivery. Members of the public were handed cupcakes with ‘TB or not TB??’ piped on them with icing. 2/3 of the cupcakes in each batch were one flavour and 1/3 were another (i.e. one batch was 2/3 chocolate, 1/3 chocolate chilli, and another was 2/3 raspberry, 1/3 lemon). People had to try and diagnose the cupcakes first by looking at them, and then by tasting them. 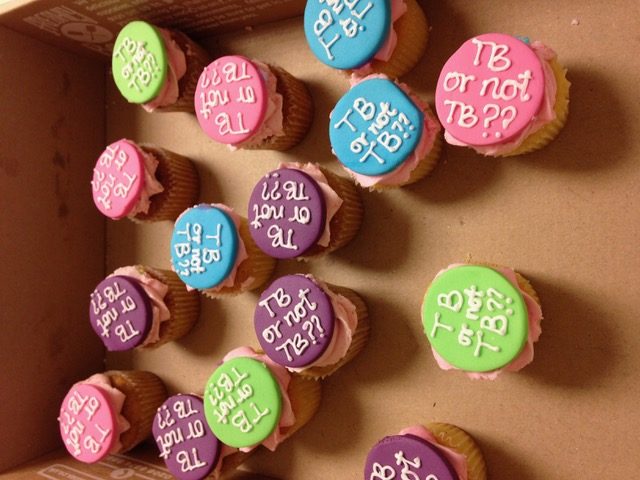 This project took place at another larger science communication event, and as well as handing cupcakes out individually I gave short 5 minute presentations to small audiences over the course of two days to explain the purpose and message behind the cupcakes. The message was that TB remains an important global health problem with lots of people (~1/3 of the world’s population) carrying the bug despite the vast majority being otherwise healthy (and appearing the same), and the necessity of diagnostic tests to probe beneath the surface to find people who can be targeted with treatment! As a means to engaging an audience and communicating an important area of research the project went well, and as expected the delicious cupcakes were very popular!

Posted on October 25, 2018 by admin in Winner Reports. Comments Off on What Matt Bilton did with his prize money