What Thomas Farrugia did with his prize money…

Thomas was voted the winner of the Polymers Zone in June 2015. Here he writes about how he used his £500 prize money to develop a calendar for schools featuring PhD students and the scientists whose discoveries their work is built on.

When you first sign up to I’m a Scientist you’re asked what you would do with the £500 if you win. I thought it would be pretty cool to produce a calendar explaining where the things we know today came from, who had made those key discoveries, and what their stories were – a bit of condensed history of science.  The calendars would then be distributed to schools in the UK for students to hang up in their classrooms and be inspired to stand on the shoulders of giants.

I’m happy to say that this has been achieved, although not in the original way I had intended. The first change was realizing that although science history is good fun, a series of photos of bald, old men with snippets of text about their discoveries might not be that appealing. Especially in a day and age when we have all the information we need at our own fingertips.

So I thought it would be great to link scientists of the past to scientists of the present. In my case there are loads of scientists all around me within the university, so there was no issues with shortage. But academics are busy people, and finding the ideal dozen who would be happy to be photographed with their PhDs was also going to be tricky, espceially given that I had quite a packed schedule with training, and doing my research. As such I decided to focus directly on the PhDs themselves, especially since they are after all, the scientists of the present and future, and let them link up their research to a key scientist in the field.

To do this most effectively I roped in a couple of friends and built a mini-team –  Andrea, to handle the calendar design and Laura, a postdoctoral researcher (someone who carries out research after finishing their PhD i.e a scientist), to take care of photography. I would do the PhD hunting and overall coordinating.

E-mails were drafted and sent to assorted admin teams and after a couple of weeks I had assembled my scientific dozen from a variety of disciplines and fields – ranging from  neuroscience to quantum computing and a bunch of other things in between. Laura did a great job on the photography, were everyone was photographed against the wall just outside of the School of Chemistry, and Andrea put everything together in what turned out to be a nice, modern design. 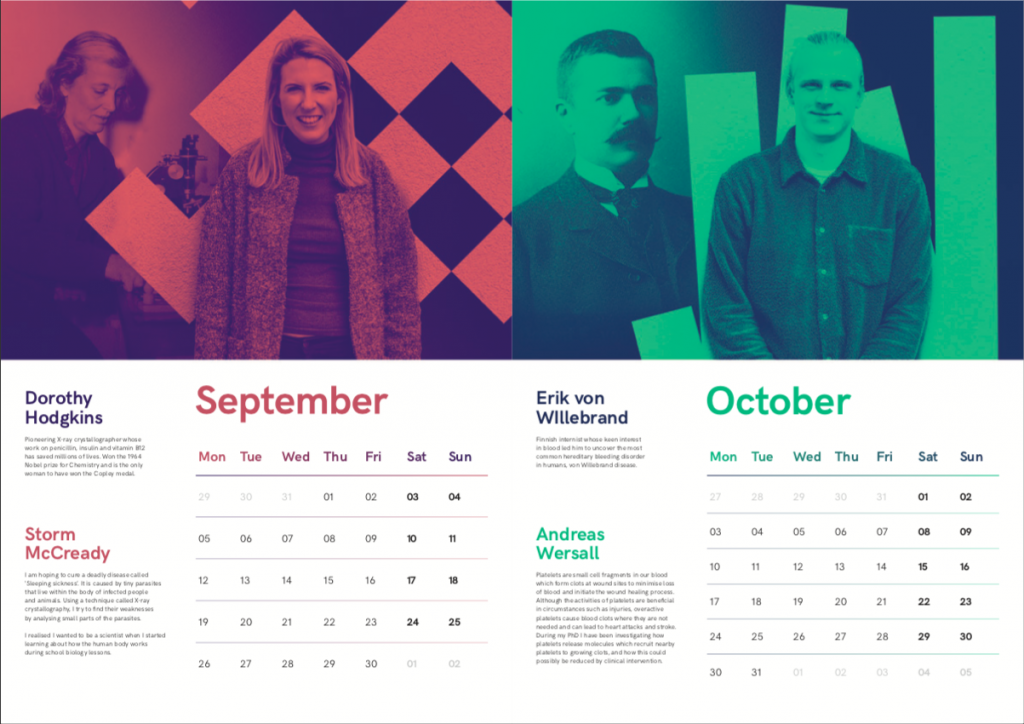 Once the calendar was assembled and proof-read multiple times it was sent off to the printers. Shortly afterwards I received 4 boxes – a total of 250 copies! Given that this was a lot of calendars I arranged with a number of people who work in outreach to make sure that the calendars could be distributed to schools or teachers, so they could be hung up in labs and classrooms!

Once again, I’d like to thank I’m a Scientist for this great opportunity – it was pretty cool to meet so many different fellow Phd students, and to see something go from an idea to a tangible object that will be of use to students around the UK!

Posted on August 7, 2019 by admin in News, RSCWinner, Winner Reports. Comments Off on What Thomas Farrugia did with his prize money…