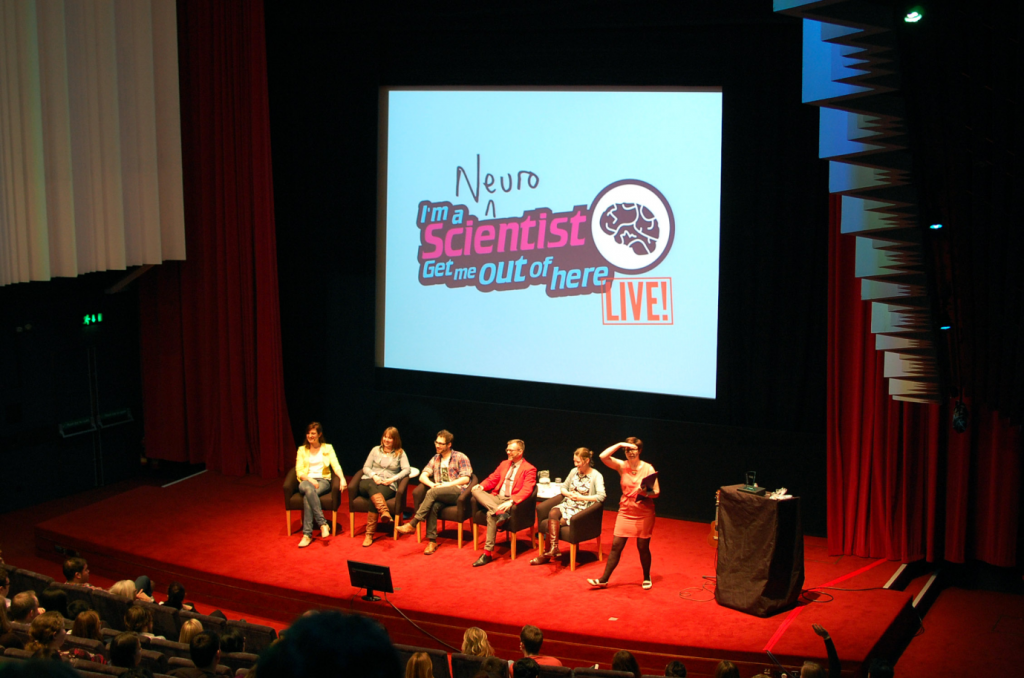 Gallomanor delivered the events but a lack of questions from the public outside of the events meant we did not need the IAS Zone.

The events were a great success. The Weekender heats had capacity audiences; the final was sold out. We succeeded in recruiting excellent scientists, but it was harder than expected. We had to do more cajoling and encouraging than originally anticipated. This surprised us as we expected that more scientists would be keen to join in a Wellcome Trust event. 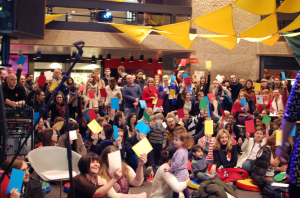 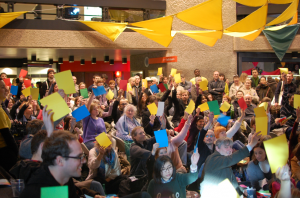 Of those there, 9.5% were attending the BNA Conference, and 65% were not scientists; 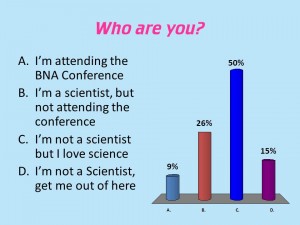 the audience enjoyed the final; 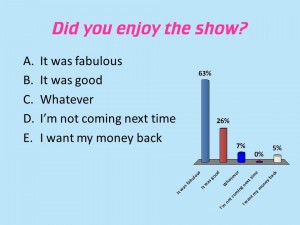 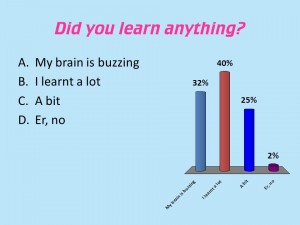 and now have more questions about brains. 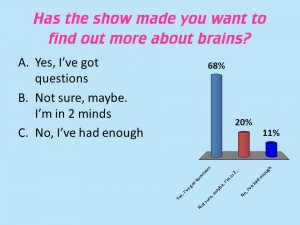 These charts should be treated with some caution. 35% of respondents also claimed to have no brain. 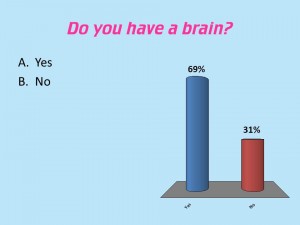 The budget for the project did not include a formal evaluation, but anecdotally the scientists enjoyed the experience:

Let’s do it again.

Posted on April 18, 2013 by in Evaluation, Evaluation Reports, I'm a Scientist - Live. Comments Off on I’m a Neuroscientist Live – Project Report