In 2013, we received an STFC Large Award to engage students with STFC research in 27 I’m a Scientist and I’m an Engineer zones over three years. During this time, we’ve measured every activity we’ve run, and we have stopped to look more closely at aspects like widening participation, or the impact of the events in researchers and students.

The STFC has been one of our most important funders, after the Wellcome Trust, in the last three years. This is a summary of how the collaboration has impacted I’m a Scientist and I’m an Engineer:

I have learnt how fascinating science can be and the wonders of space.(…) I now know science can be cheesy but you can discover things that you have never know before (…). I am very happy that I was able to take part in this chat” – student, Gravity Zone March 2016

After seeing how much you can do online, I was motivated to find more ways I could use the internet to communicate the research at CERN. Now I even manage all of the social media for my experiment, ATLAS.” – Clara Nellist, scientist 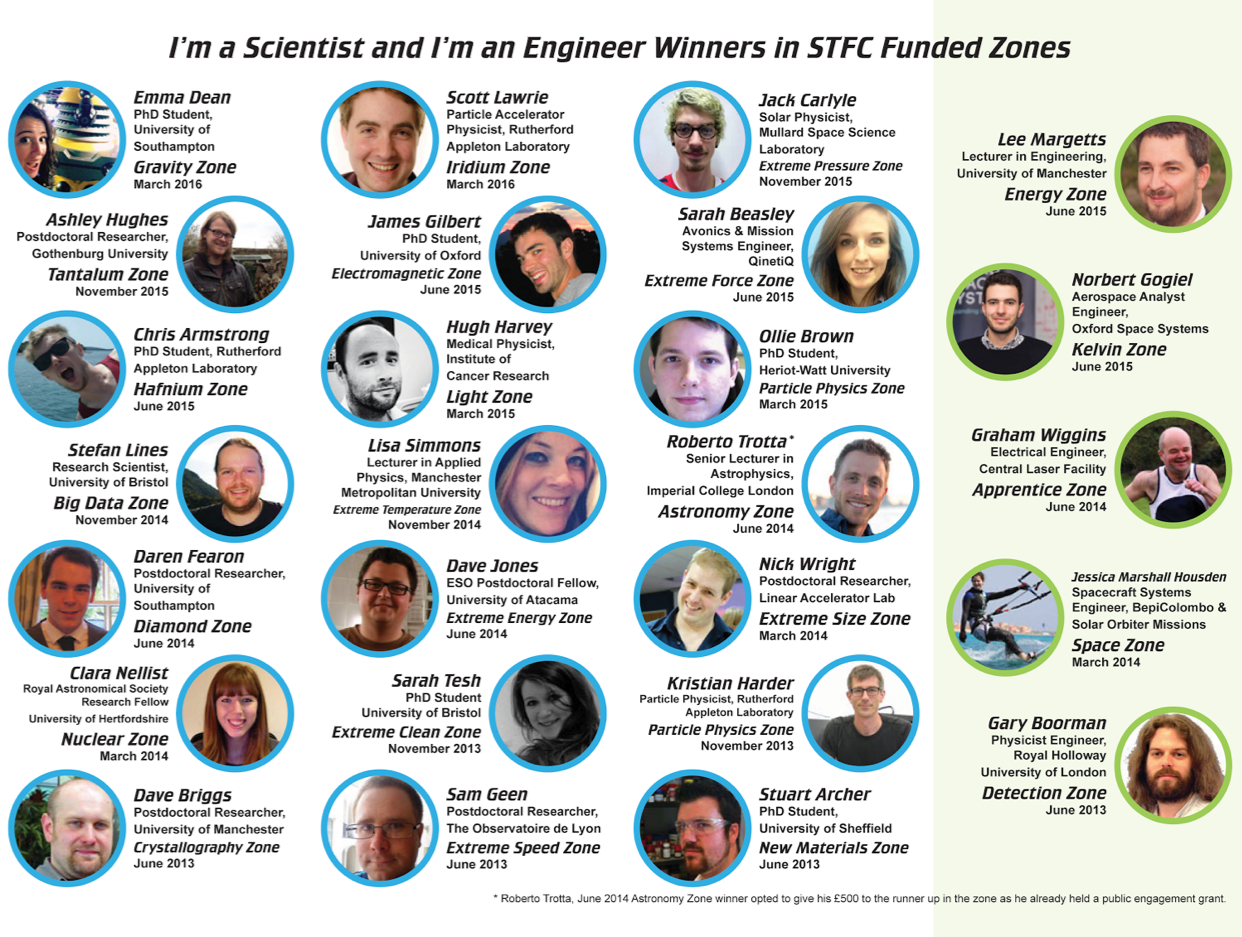 I’m a Scientist and I’m an Engineer Winners in STFC zones. Click here to download the full report.

And there have been challenges too:

If you want to explore our findings in more detail, download the full report PDF here.

Have you been awarded with an STFC Award too? Have you faced similar challenges? How do you reach new audiences? Hop in, join the conversation and let us know what you think.

Posted on July 26, 2016 by modangela in Evaluation, Evaluation Reports. Comments Off on STFC Large Award Evaluation 2013 -2016