Normally young people don’t get much say in science funding, but in I’m a Scientist they choose which scientist they think should get a prize of £500 to communicate their work. March 2009 winner Gillian Hamilton has very kindly agreed to be our guest blogger this week and tell everyone about what she did with the money. 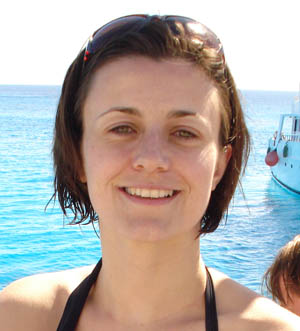 I decided to take part in the I’m a Scientist project because I liked the idea of chatting to high school students and telling them more about what a career in science entails, something I didn’t know much about when I was at school. From the feedback it sounds like the majority of students enjoyed the experience which is a great result. Winning was completely unexpected, and I’m still thrilled about it!

I have used the prize money to attend the annual Alzheimer’s Research Trust conference which was held this year at the Royal Institution of Great Britain in London. Conferences are great places for scientists working in the same field to come together and present their work, and this year was no different.

The conference was held over two days and scientists from all levels had a chance to present their work, from PhD students just beginning their careers, to the high up Professors in charge of million pound budgets. The talks were wide ranging also, from molecular work being carried out in fruit flies to discussing the effect of diet on risk of disease and the development of new drug treatments. 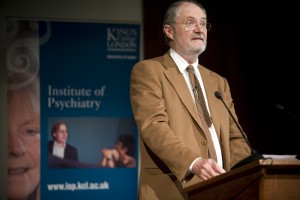 However, we try not to forget the reason we’re carrying out our research and there was also an emphasis on the human aspect of Alzheimer’s disease. This year, the actor Jim Broadbent gave a fabulous talk on the first day. Jim’s mother had suffered from Alzheimer’s disease and so he shared some of his experiences with us.

On the second day, we had a very unusual start to the conference. The Opera Group is a small team of singers and musicians who are putting on an opera, based on a patient with Alzheimer’s disease and his experiences, next summer (www.thelionsface.com). 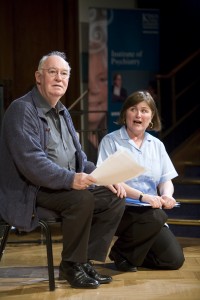 We were treated to snippets from their, as yet, unfinished opera. It was an amazing and very moving experience. As a lab based scientist I very rarely meet people who are affected by this awful disease but the portrayal in the opera was excellent and I look forward to seeing the final piece when it goes on tour next summer.

Following the conference, I am now back in the lab working away on my projects, with a renewed enthusiasm about my work and some new ideas too! So thanks to I’m a Scientist and all the high school students who were involved!