Well no, OK, funnily enough FIFA aren’t changing their match times because of I’m a Scientist evictions. But we do have an eviction planned for 3.30pm on Wed, during the England vs Slovenia game. Because we are kind, caring people here at I’m a Scientist, we have decided to bring the time of Wednesday’s eviction forwards to 3pm. 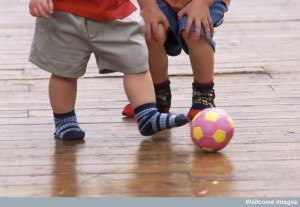 This means that you (and the moderators, who’ve been working very hard, and deserve a break) can relax and watch the match, with your eviction worries behind you.

Apologies to those of you not supporting England, but we would move evictions for Scotland, Wales or Northern Ireland matches too. If there were any.

Also apologies to those of you who don’t like football. Me either. I and the two non-English mods will be looking after the site on our own while the match is on. Please try not to break anything.

Other evictions this week will be at the usual time of 3.30pm.

Posted on June 22, 2010 by in Event News. Comments Off on FIFA delays kick off for IAS breaking eviction news