How does I’m a Scientist change students’ perceptions of science?

We’ve just run I’m a Scientist in Ireland and are curious to know how our event actually affects students’ attitudes towards science.

In order to do this, we included a short and compulsory pre-event survey in the form students used to register. We then asked students to fill in the exact same survey on their profile page after the event. When we matched the data from the two surveys, 92 students (7% of 1,247 students that participated in I’m a Scientist) had filled in both surveys. Importantly, data from the total number of students that filled in the pre-event survey very closely correlates with the pre-event data of this 92 student sample.

We were very happy to find out that students’ interest in science and science related careers is clearly increased after taking part in I’m a Scientist. This is what we have learnt: 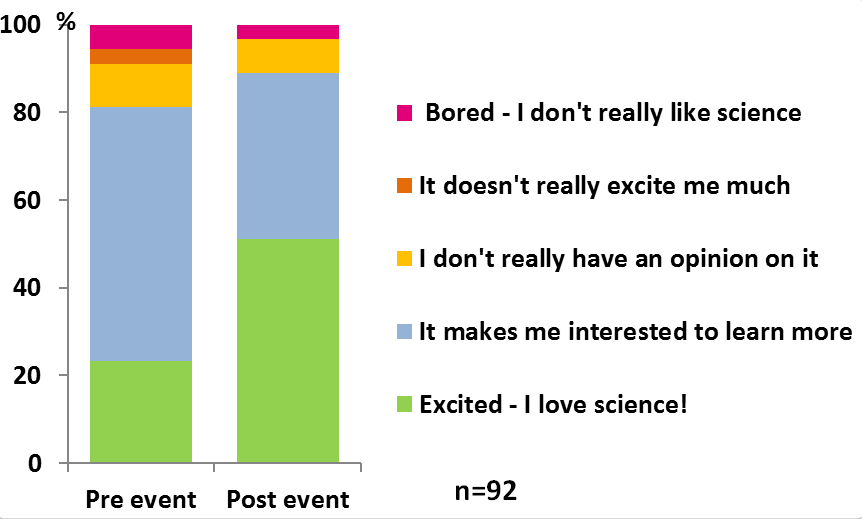 How does school make you feel about science?

In the pre-event survey, 66% of the students were absolutely certain or very inclined to choose a science subject next year. However, this percentage raised up to 71% after participating in I’m a Scientist.

Thanks guys for talking to me really helped me make my decision for the leaving cert – sarahlawless, student 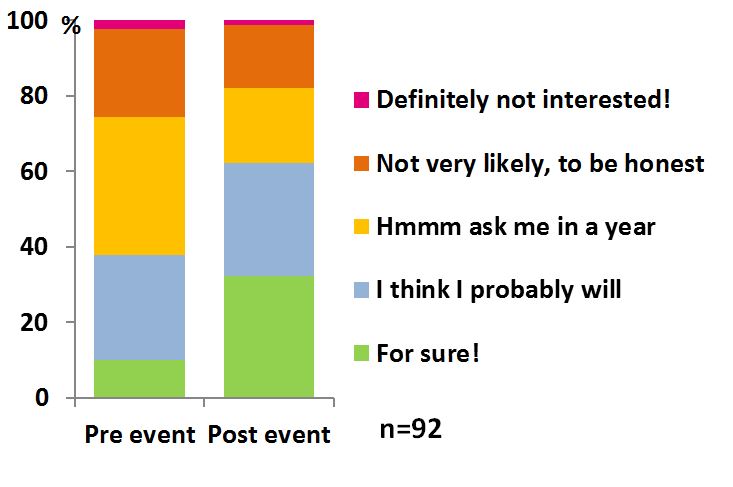 How likely are you to look for a job that uses your science knowledge?

Before taking part in I’m a Scientist, a big portion of the students (37%) couldn’t decide whether they would try to look for a job that uses their science skills and only 10% said they were sure that they would look for this type of job. However, the event seemed to be the boost that students needed to be more confident about looking for a science related job. After I’m a Scientist, most of the students (68%) said that they would certainly or very probably look for a job that uses their science knowledge.

Honoured to have taken part. The future of science is in very good hands with you guys! – scientist

In addition to this, students left several comments that stated clearly how they were enjoying and learning at the same time throughout the event. They liked that the event was so interactive and that they had an active part at every step: asking, commenting, chatting and voting.

In the future, we would like to use this same strategy to measure the impact of other events or activities. We are also very interested in analysing the gender and year course differences that could be found in the pre-event data.

Posted on December 19, 2013 by modangela in Evaluation, Event News, IAS Event, News, Science Education, Science Engagement, Teachers. Comments Off on How does I’m a Scientist change students’ perceptions of science?