I’m a NeuroScientist, Get me out of here – LIVE 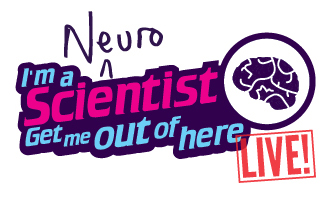 Are male and female brains different? Is the brain more like a sponge or a computer? Do we really only use 10% of our brain?

We’re taking I’m a Scientist on the road again. In March and April as part of Wonder: Art and Science on the Brain, a partnership between the Barbican and Wellcome Trust supported BNA2013: Festival of Neuroscience we are running 3 live I’m a Scientist live events. Instead of answering questions from the safety of your lab we’re asking Neuroscientists to get on stage to take questions directly from an audience.

On Saturday 2nd and Sunday 3rd March, comedian and geek songstress, Helen Arney will be compering the events as part of the Barbican Weekender.  Five scientists will compete for the votes of the audience to win a place in the final which takes place on the evening of Tuesday 9th April in Cinema One at the Barbican.

If you’d like to take part in the Weekender events just send a quick email to IASLive@gallomanor.com with your name, contact number, preference of day and a couple of sentences about the work you do. Please pass this information on to anyone you think would be good at taking questions from the general public.

The April event ups the ante. Not only will the 300 strong audience include some delegates from the BNA2013: Festival of Neuroscience, but they’ll be voting on real money.

The Weekender winners will join the champion from our March I’m a Scientist Brain Zone and two Neuroscientists nominated by you. The overall winner will get to nominate a charity to receive £200 as their prize.

We want to know who you would like to see taking questions. If there someone you’ve always wanted to ask a question? Someone who’s work needs more exposure? Or perhaps someone so engaging they are simply a pleasure to listen to? Send an email to IASLiveNom@gallomanor.com with the person’s name, where they work and one sentence telling us why they should be included.

Come along to the Barbican. The Weekender events are free and we’ll publicise times here soon. The April event is ticketed and we’ll post a link as soon as they go on sale.

Posted on January 9, 2013 by in I'm a Scientist - Live, IAS Event, News, Project News, Scientists. Comments Off on I’m a NeuroScientist, Get me out of here – LIVE