What Samuel Vennin did with his prize money… 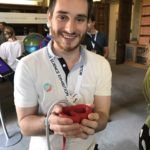 Samuel was voted the winner of the Heart Zone in June 2018. Here he writes about how he used his £500 prize money to engage with students in bilingual schools, and also develop an exhibit for the Exhibition Road Festival in London.

A year ago, I was lucky enough to be voted the winner of the Heart Zone by school children who participated to the sessions. I won £500 I had to spend on STEM outreach activities and report below on the activities they have helped funding.

I have been a Project Manager for Native Scientist for a year and a half now, and a participant of their workshops for more than 5 years. Native Scientist sends scientists to bilingual schools attended by migrant children to promote STEM subjects and empowerment through science. The workshops last about 1 hours and a half and are run on a speed-dating format where scientists spend about 15 minutes with a group of children before rotating to another group. Half of the money from the I’m A Scientist prize entirely funded 4 workshops in May 2019 that took place in a French school located in London. In total, 102 children aged between 7 and 10 years old have been exposed to a wide range of topics from cancerous cells to brain diseases to artificial intelligence and 84 reported having learnt “a lot”. 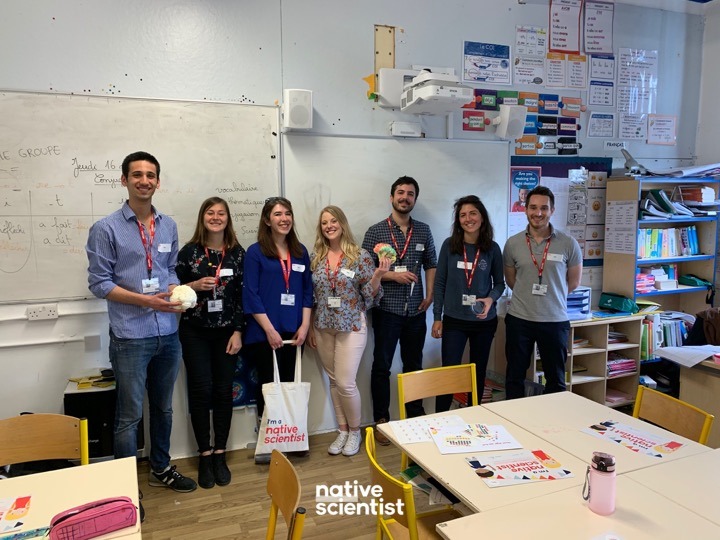 I also led my Department stall at the Exhibition Road Festival in late June 2019. Over a week-end, a team of 14 scientists from King’s College London and Imperial College London Centre for Doctoral Training in Smart Medical Imaging interacted with about 700 people in the Body and Mind zone. The stand was titled “Peeking inside the human body” and aimed to show that medical imaging could now do more than “just” image the body. Our activities indeed highlighted how it also be used to generate virtual environments where surgeons can plan and rehearse surgeries or create 3D print models of the organs of interest for teaching purposes.

The Native Scientist workshops cost a total of £240 (4x£60) and I spent the remaining £260 on building a fluorescent setup to explain how radioactivity can be used in medical imaging to both cure and monitor treatment at the same time (theranostic). In a frame, we represented the human body with its main arteries (represented by pipes) in which radioactive particles flow until they bind to tumours (lead beads being attracted to a magnet in the setup). The beads can hardly be seen until we light up the frame just like PET-CT scanners can help localizing the tumours. The activity was a success and helped changing the audience perception on radioactivity in healthcare. 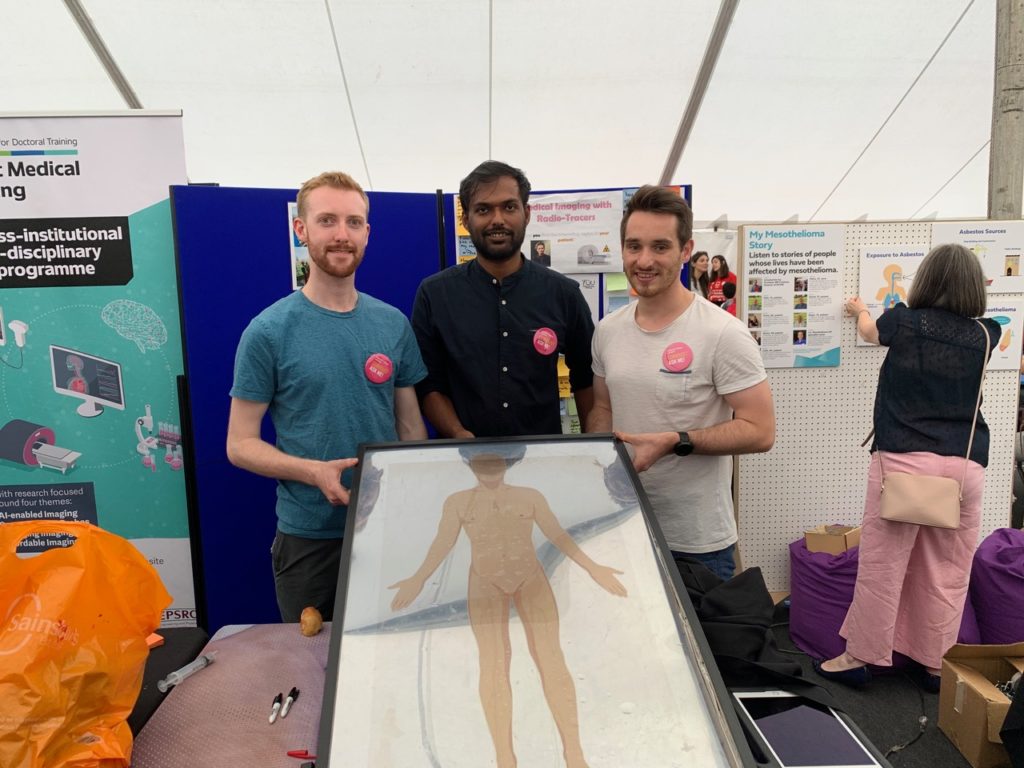 I would like once more to thank the I’m A Scientist team and encourage any person (scientist/teacher/pupil/etc) interested to participate.

Posted on July 24, 2019 by admin in WellcomeWinner, Winner Reports. Comments Off on What Samuel Vennin did with his prize money…