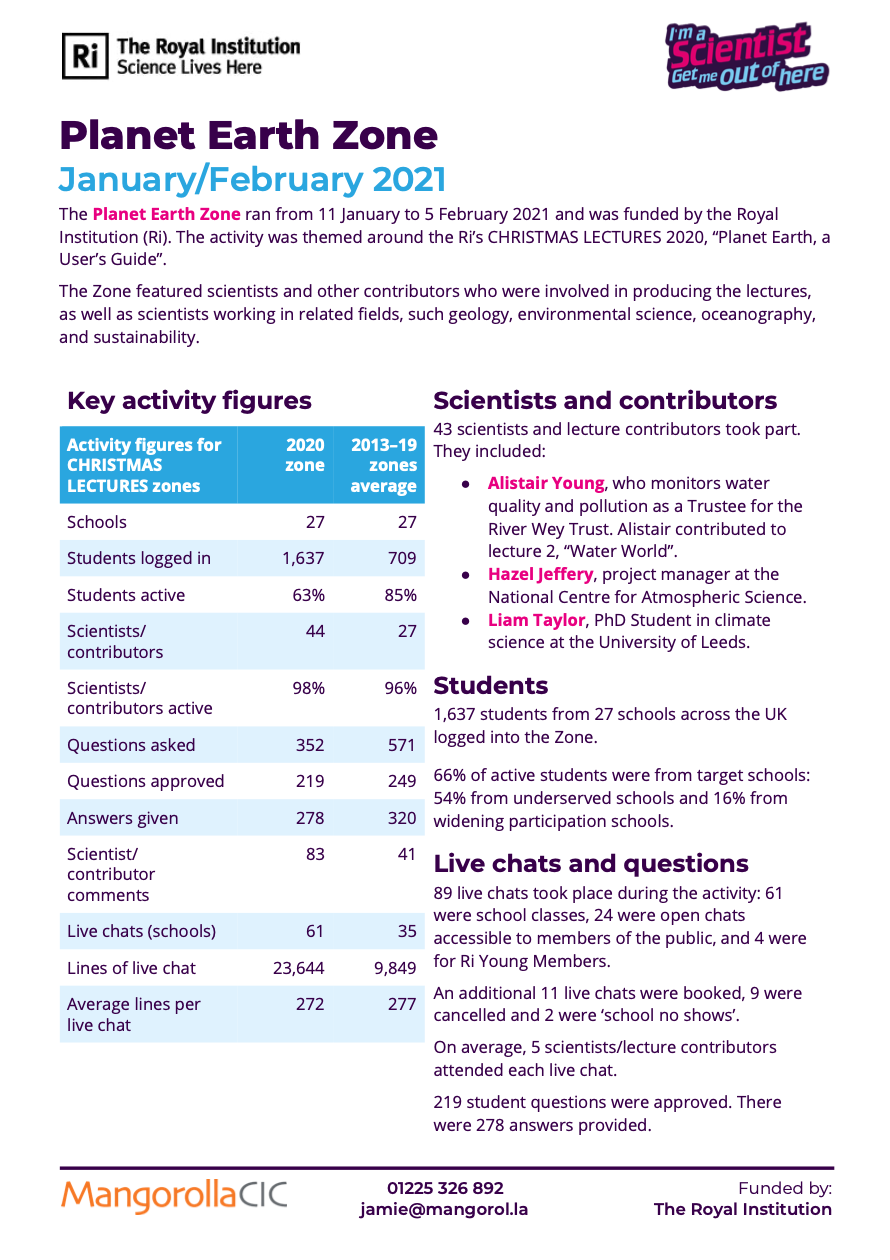 The Planet Earth Zone ran from 11 January to 5 February 2021 and was funded by the Royal Institution (Ri).

The activity was themed around the Ri’s CHRISTMAS LECTURES 2020, “Planet Earth, a User’s Guide”.

The Zone featured scientists and other contributors involved in producing the lectures, as well as scientists working in related fields, such geology, environmental science, oceanography, and sustainability.

1,637 students from 27 schools across the UK logged into the Zone.

66% of active students were from target schools: 54% from underserved schools and 16% from widening participation schools.

89 live chats took place during the activity: 61 were school classes, 24 were open chats accessible to members of the public, and 4 were for Ri Young Members.

219 student questions were approved. There were 278 answers provided.

Posted on March 16, 2021 by in News, Zone Reports. Comments Off on Planet Earth Zone Report January-February 2021