Osmium Zone – I’m a Scientist, not just for scientists?

UPDATE: Read about the Institute of Physics’ research into gender differences in online engagement here.

In all the zones we run, we aim to include a group of scientists that show how diverse STEM careers can be. At the start of the last school year our long-time collaborators, the Institute of Physics, asked us to take this idea a step further in the November 2015 Osmium Zone.

A zone usually comprises five people working at the cutting edge of scientific research. This time the IOP wanted to fund a zone with four people who had studied Physics at A-level or higher, and now worked outside of academia and research, plus one physics researcher. The kicker? Ideally, those four people would also be in jobs that made use of their Physics education.

Why? Studies show that children are not aware that studying science gives you transferable skills valuable in fields outside of traditional research. Making children more aware of this fact is a key recent recommendation from the ASPIRES project into children’s aspirations.

…And reply they did!

The first unknown: Would people outside the usual research audience be interested? Answer? Yes. A call went out on twitter, and very quickly we had a range of people interested in the zone. The final selection of the Osmium Zone consisted of a communications officer for the Royal Academy of Engineering with an undergraduate degree in physics, a diplomat at the British Embassy in Tokyo working in nuclear disposal,  a biomedical engineer, and a data analyst for a solar company. The ‘token scientist’ was a  postdoctoral researcher studying lasers. 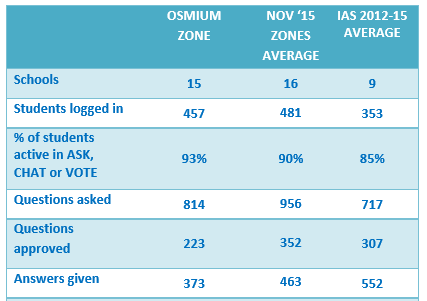 So what happened? We were confident that both competitors and children would still find the event as engaging as ever, away from the usual science focus. This is illustrated every year in the sister I’m an Engineer project that covers the diverse world of engineering. The metrics for activity in the zone point to to this holding true, showing busy live chats and especially high numbers of page views for the final two contestants, Aaron and Natalie.

Click to see the questions asked by students in Osmium Zone

As usual, the students were keen to understand the choices and motivations of the different experts, asking questions like “Why did you choose this job?”. This allowed the group to talk about how studying science had led them to where they were, and how that knowledge was valuable to them now.

By letting the children discover for themselves the specific details of each person’s job, questions about these careers naturally followed:  Do you enjoy helping and working with Japanese companies and cities?; What did you take (subjects wise) to be workin with solar power?.

Furthermore, students who completed a survey before and after the event indicated a slight increase in wanting a job that uses science skills and knowledge, although the sample size is too small to draw conclusions. We will complete a proper analysis on this, and other Science Capital related outcomes, after analysing data from multiple zones and events. 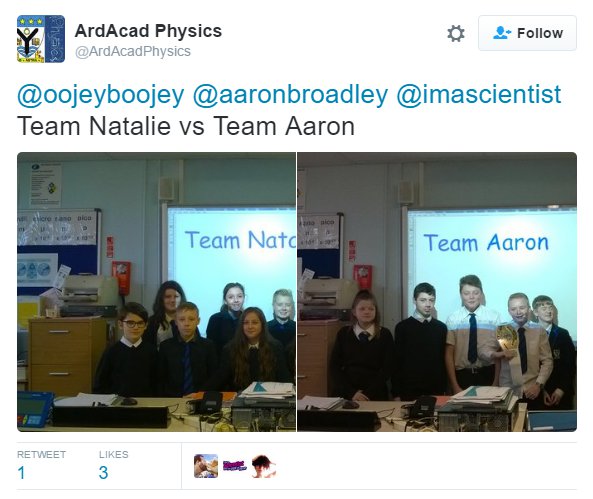 So a zone including non-scientists works. The strength of the I’m a… format is that it harnesses the power of connecting students with real people, regardless of background. What’s next? We’d like to run more zones in the future that demonstrate the diversity of science-related careers to school students, and maybe even zones completely unrelated to science. Why not I’m a Poet, Get me out of here?

For now we’re trialing a Careers Zone with alumni from past events and it’s already been fascinating seeing some of the places former researchers now work. Since November, even the token scientist in Osmium Zone has moved to a non-academic role. Natalie now works for the Met Office, coordinating efforts to maximise the impact of research into climate change, and proving further that studying science can take you to interesting places.

Read the Osmium Zone Report for more information about the zone

Posted on September 1, 2016 by modantony in Evaluation, Event News, News, Science Capital. Comments Off on Osmium Zone – I’m a Scientist, not just for scientists?