What Oli Wilson did with his prize money… 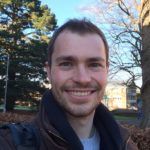 Oli was voted the winner of the Neptunium Zone in November 2017. Here he writes about how he used his £500 prize money to create a set of 3D printed pollen grain models to allow people a close-up look at pollen without a microscope.

Before I started my PhD I was a science teacher. After school finished one day, I sat in my lab and thought about the research I knew I would be starting soon. If I were to come back to my school as a full-on scientist, could I make my work seem interesting to my old students? My science is all about uncovering the past and future of one of Brazil’s coolest forests, and a big part of it involves using fossil pollen as microscopic time machines. Pollen’s amazing stuff, it’s beautiful and unbelievably tough, but it’s hard to enjoy without decent microscopes – something that can be tricky to get in schools.

Then I had a brainwave – could you 3D-print pollen grains? If you could make them larger than life they’d be easier to enjoy and you could do loads of cool stuff with them. A quick google showed that you could, and Kat Holt (a pollen scientist in New Zealand) had done exactly that – hooray! Now I just needed the opportunity…

Fast forward a year or so, and I was taking part in I’m A Scientist’s Neptunium zone. I decided that if I won I’d use the prize money to try and make some 3D pollen – and, after two incredibly fun and busy weeks, I had to start trying to make that a reality. It took a long time and a lot of failing and learning, but with help from a number of different people (including some booster money from the University of Reading) the 3D Pollen Project was born! 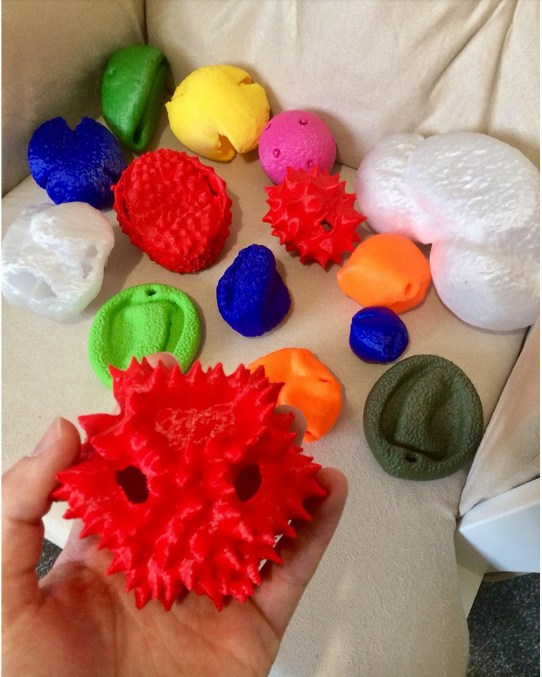 I’ve now scanned pollen from 30 different types of plants and made 3D models of most of them – I used the £500 from I’m A Scientist to print my own multicoloured set, which is 2,500x larger than life. They’ve been incredibly useful! I’ve taken them into a primary school to talk about pollination, we used them in a British Science Week event to help explain why plants are smelly, a colleague took them to the pub for a talk about her research on past environments (she said they were the best engagement tool she’d ever had!), and in September I get to show them off to thousands of members of the public at the Berkshire show, where I’ve got a stand in the University’s tent.

But what’s most exciting is how lots of other pollen scientists have got involved. Researchers in Hull, Manchester, Reading, Exeter, Oxford, London, Chicago (USA), Goettingen (Germany) and Bergen (Norway) have sent me more than 200 samples of pollen from all over the world (including Chile, Colombia, Ecuador, Morocco, Tanzania, Mongolia, Turkey and much of Europe). The files online have been downloaded almost 1,000 times and the project website has been visited by people from 51 countries. The models have been used by artists, teachers and scientists all over the world for all sorts of reasons – it’s been amazing to watch the project grow, and I’m so excited about what the future holds for it. But none of it would have been possible without I’m A Scientist, the Wellcome Trust (who funded the Neptunium zone), and all the students who voted for me to win the money. Thank you all so much! 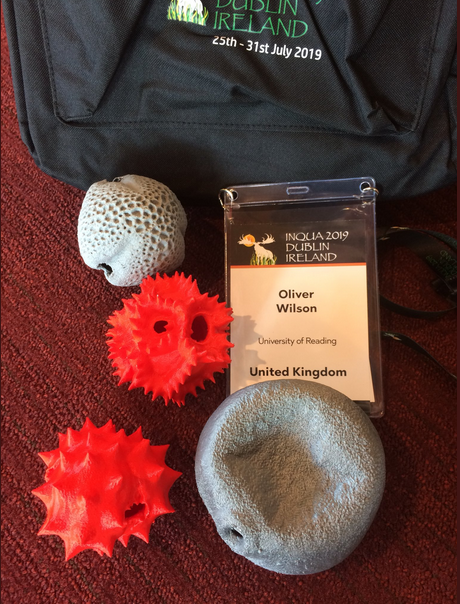 Posted on August 14, 2019 by admin in WellcomeWinner, Winner Reports. Comments Off on What Oli Wilson did with his prize money…