Removing barriers to communication for students with additional learning needs 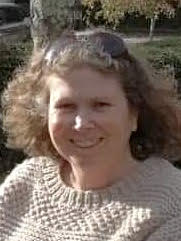 Jo works at a large comprehensive school in South Wales in the Autism Spectrum Condition Unit. She explains, “We used I’m a Scientist as a social skills lesson. Yes, there’s interest in science, but really it was so they could talk to the scientists without any pre-judgement.”

The text-only format of I’m a Scientist meant that the key focus was on the questions students were asking, and not on the students themselves. “The scientists didn’t know the students were on the spectrum, and the conversation flowed.”

Some of our students are aware that autism has an impact on their communication skills, but […] the scientists didn’t know the students were on the spectrum.”

“Some of our students really suffer with anxiety,” Jo explains. When a scientist explained that they had been nervous about going to 6th form college, a student could identify with them: “It helped him feel like he wasn’t alone.”

“Another student learnt that conversations don’t have to be pre-prepared. It gave him the confidence to go with the flow.”

Taking part in I’m a Scientist showed Jo’s students that scientists are normal people, just like them: “The students realised that they could talk with scientists without thinking that they’re gods in white lab coats; they’re real people!”

Jo would highly recommend I’m a Scientist to other teachers in ALN or SEN departments or schools: “Some of our students are aware that autism has an impact on their communication skills, but I’m a Scientist gave them the confidence to join in the conversation. They weren’t facing a person, they didn’t have to look at that person. If they made a mistake, then they made a mistake, and moved on – it didn’t matter.”

“I’m such a fan of I’m a Scientist now that I’ve started,” she says, “The scientists were on the students’ level. It didn’t matter which student it was, they were answering at the level of the question. I’ve got to be honest, I loved using it, and the students loved using it.”

“I did not expect the children to have the level of engagement that they had. I thought that we would be finished before we reached the 40-minute limit… but in fact, the students wanted longer. They were so engaged that they didn’t want to come off the computer.”