One of the great things about I’m a Scientist as a science outreach event is its ability to bring together scientists and students from around the world.

This March we had scientists from Barcelona, Paris and CERN in the same event as pupils from the UK’s most northerly school on the tip of Shetland. A place so remote that Oslo is closer than London. National boundaries are ignored. 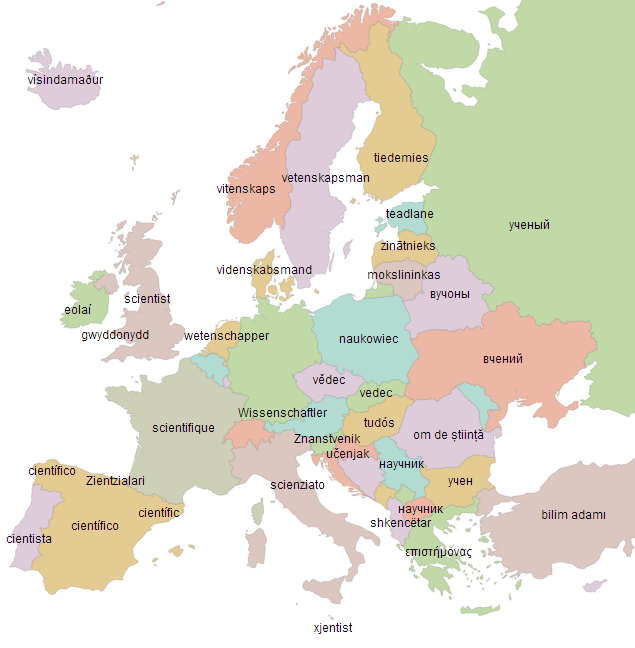 The event is currently running in Malaysia. After that Australia will be live. In the autumn a pilot will run in Kenya.

In June a spin off event I’m a Geoscientist, Get me out of here! will bring together geoscientists from Oklahoma to Paris with schools from Peru, South Africa, Romania, Serbia, Poland and Bulgaria.

It has long been an ambition of ours to do more with the event in Europe, but our timing was not great. The FP7 framework was coming to an end as we were ready to move forward. But now Horizon2020 is here and the Science with and for Society Programme has been announced. Part of that programme includes Making science education and careers attractive for young people (SEAC).

Our vision for I’m a Scientist in Europe is twofold. Firstly individual countries can run the event with schools in their area talking to both scientists working in the country and natural born scientists working abroad. Secondly we’ll run transnational events where scientists from a particular field of science engage with students from a range of EU countries. As part of that the students will have the chance to communicate with other students from around the continent. Our partners in the event will initiate their local events and commit to providing schools for the transnational events which they’ll also have the chance to create.

We are going to co-ordinate a bid under this programme and we are starting to build a network of partners from across Europe, so that we can present a strong case for funding. If you are interested in being part of the network please contact Shane McCracken via email or on +44 1225 326892.

Our next I’m a Scientist Zone is going to be called the Utarid Zone. After Utarid will come Zuhrah and then Bumi.

These three zones are particularly exciting for me because they are a big endorsement of the appeal of our little science outreach event. To date we’ve run over a 100 zones in the UK, we’ve run the event in Ireland, our friends at bridge8 have run it five times in Australia, but Utarid, Zuhrah and Bumi are special because they are taking place in Malaysia, a country that doesn’t have an Anglo culture.

We’re teaming up with the Academy of Science Malaysia to provide them with the site and knowhow to run the event. It all kicks off on October 21st and there is still time for any Malaysian scientists working anywhere around the globe to apply to take part. If you might be interested just email ias@sciencebuzz.my

If you’re reading this thinking that your country’s scientists should be engaging schools in an innovative but proven online way then please do get in contact: shane@gallomanor.com

For those not fluent with Bahasa: Utarid is Mercury; Zuhrah is Venus and Bumi is Earth. I’m a Scientist is too good to keep to ourselves. We want to run it across Europe. We can’t do that on our own so we’re looking for others who want to join us in making it happen.

Saskia Heijltjes is working with us to explore options, but we’d really like to help from any organisations across Europe who’d like to make the event happen in their country.

There is more information about how we run IAS overseas here.

Paul Higgins from Trinity College Dublin, won the Space Zone in I’m a Scientist, Ireland this November. He was interviewed by Maria Delaney for sciencecalling.com, scroll down to have a listen..

We put this up, not just because it’s awesome, but because Paul explains perfectly the purpose and point of I’m a Scientist; the importance of outreach, that it’s not just beneficial for students, but for scientists too.. And obviously, how much fun it all is. Congratulations Paul!